Daughter company Celex and how did that arise?

Celex and the famous “Bombay” series are arisen by coincidence. The history goes back to the seventies when a greenhouse came empty and seeds for that were ordered of a new Celosia variety to fill the gap in the production.

Back then the company was named “Firm P. van den Bosch & sons” and the idea was to try this crop that doesn’t occupy the greenhouse for a long time. The ordered seeds appeared later on to origin from Japan. The variety itself was a disaster, far too short and very sensitive to aphids, which made the crop a failure in production. But spread through the greenhouse we found about 15 to 20 different tall plants, which had a lot of space, grew to about 1.5 meters ( 5 ft. ) high and carried very big cockscombs that had “the size of a floor mat”. Most of them were wine red and some were pale yellow.

We’ve supported those huge plants with bamboo sticks to keep them standing up and harvested the seeds, which were afterwards put together in 1 bag as a mixed cockscombs selection. 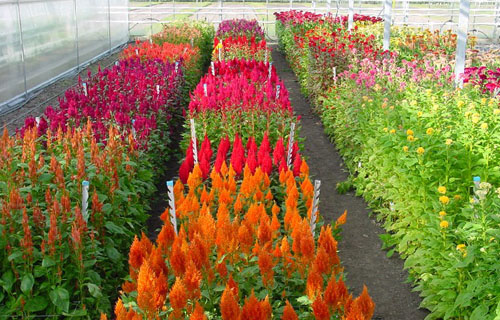 When we first arrived in the auction the next year with mixed colour bunches of these cockscombs, there was a lot of noise in the salesroom and we received very high prices per stem. We became famous with that product en others also tried to grow it. But – lucky us – they failed and we remained exclusive producer of the mixed crop for many years.

Shortly after Henk and me took over the company we’ve started in breeding from the mix. At first in 1990 as some kind of hobby in the evenings and weekends, because in the daytime we had other things to do, like making turnover. The aim was to create colour uniform varieties, which also have a higher yield as a result of the uniformity.

In 1993 the daughter company Celex was established, because we saw new varieties coming at the horizon. For years we had worked in secret on that and now we could make it public. This is the finest moment for a breeding company : Surprising everyone out of the blank with something real new. 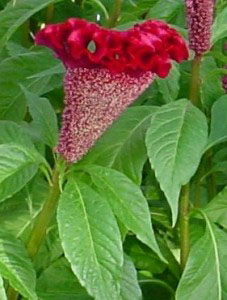 “Bombay winered” was the first variety ready to introduce, but how to do ? We’ve decided to choose two directions :

After some talks we’ve decided to start working together with the worldwide networks of Kieft (now Pan American Seed, belonging to the Ball Hort Co.) and Vegmo (now FCF – Florensis Cut Flowers – and belonging to the Florensis group). And not to become member of Fleuroselect, those two were already member.

And that’s how the cooperation of 3 companies was created and lasted for more than 15 years.

In November 1994 they together have introduced “Bombay winered” on the Aalsmeer flowershow. In 1995 “Bombay purple” and “Bombay yellow gold” followed and those two were awarded with a Gold Medal by Fleuroselect. In the years after that the “Bombay” series was expanded with many new colours and that process still goes on. We also have a separate series within the Bombay’s which is resistant to tropical circumstances, that can be recognized as Bombay “ fi ” varieties and can be grown everywhere around the world in ( sub-)tropical climates.

For this we’ve worked closely together with a company in Florida, called Burdette Coward Inc, where we had trials for five years with a large assortment in that warm and humid climate. We’ve learned a lot over there, but in 2004 they were hit by a strong hurricane coming in from the Gulf of Mexico and unfortunately the company doesn’t exist anymore. 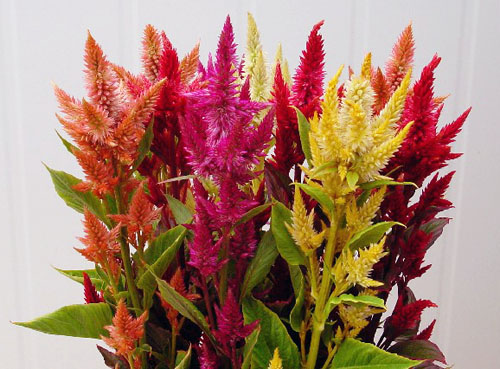 When we started working together with Kieft seeds, they also had some breeding material of Celosia experimentals. That went to us and after many years of breeding we’ve created the first “Kosmo” varieties from that and in 2009 the “Celway” series.

A few years later we could buy the – pot/bedding – Ice cream series from Dai Ichi/Murakami in Japan and from that we’ve made a series of uniform varieties. Right now that series begins to succeed in e.g. the US and we’re expanding it with more colours. 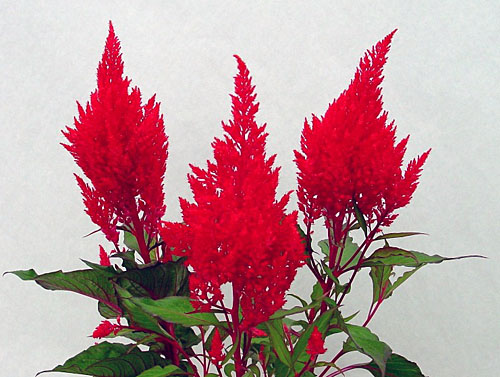 In the mean time we were also active in cut flower plumosa (plume Celosia), which lead to the “Sunday” series. Those are now getting popular in the USA and Far East (like Japan).

So in general Celex is busy in a wide assortment, but still specialized in the crop Celosia. And we’ve grown out to the only one specialized in breeding of that crop worldwide, being international market leader in new Celosia varieties (and present assortment).

In countries far away we work together with local representatives, like “Green Harvest Pacific’” for Australia and New Zeeland. And for the African continent, plus some other countries we contact U.F.O. in Aalsmeer, who travel there frequently.

Through years of cooperation they are also good intertwined with Pan American Seed and Florensis Cut Flowers. When talking about Celosia the three companies are closing like gears on each other.

Celex, what and where?

Celex is housed at the mother company Firm Van der Boog & Van den Bosch, we share space in the office and greenhouses. About 80 percent of breeding and selection is done in Valkenburg, the rest elsewhere. E.g. we produce seeds in the south of Holland and in France, when we need that sunny and warm climate.

When needed employees of the Firm work for Celex in busy periods. 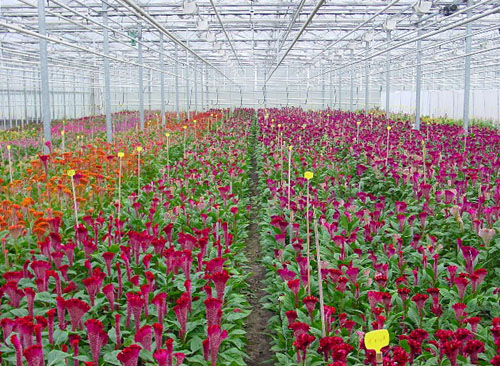 In 1996 we’ve build the new greenhouses in Valkenburg with a small breeding area for Celex. We did grow out of that very soon and in 2003 about 1/3 of the greenhouses were filled with Celex fields. That reduced cut flower production too much and – besides that – we needed a special breeding area. In 2003 we’ve decided to built that extra greenhouse with equipments like artificial lighting, double energy (and darkening) screen and netting in the windows to keep pollinating insects out.

The small breeding area from 1996 is rebuilt to a breeding greenhouse for pot /bedding plants, small trials and uniformity controls, with also artificial lighting and window netting. 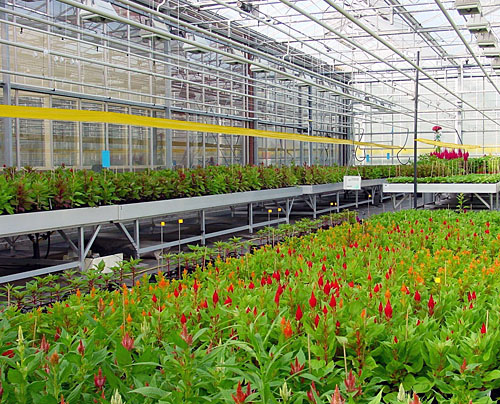 And we grow on in the world with a wider and wider product assortment. Sometimes operating in other countries as well. 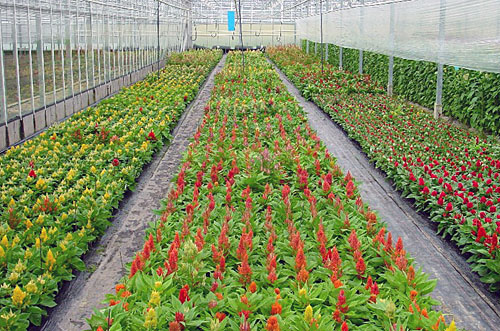 In July 2010 Celosia was chosen as the “Theme flower” in an important Dutch flower exhibition. To support that we’ve made a new Celosia website that represents a group of Dutch and American suppliers of Celosia seeds or young plants. That site is only about cut flower Celosia and is meant to give information on how to treat the product in the best way in the trade chain, so it will arrive in the vase of the consumer in the most optimal condition.

We were proud to be elected later on, in July 2016 at the Chicago convention as official member of Fleuroselect, the international organization of breeders and traders in plant material for the ornamental industry.

* The previously granted Fleuroselect awards – mentioned above – are back then assigned to our licensee / trading “Kieft Seeds Holland” (now “Pan American Seed”), who – on our behalf – had sent in various Celosia varieties for trialing. Because we’re the actual breeder, we do posess the related documents and medals of those awarded Celosia varieties.

Added December 2019 : On Oktober 01 – 2019 Celex has sold its breeding activitities to PanAmericanSeed, part of the American Ball Horticultural Company. And hence the Celex website and the mutual Celosia information website are removed from the internet on January 01 – 2020. Some content of these websites will be used by  – buyer – PanAmericanSeed on several of their own websites.

End of an era of about 30 years Celosia breeding !