Hypericum: In the eighties we had a huge breeding program with this shrub, carrying berries. That led to a whole range of novelties with much bigger berries that the old H. androsaemum. Several Rijnsburger flower trading companies have sold large amounts of this. But in the severe winters of 1985 and ( again ) 1986 about 75 to 80% of the novelties froze to death, because one breeding parent ( H. elatum ) appeared not to be winterharden. And that were the most promising ones.

When the company was split up and our uncle went out, Henk and me have decided not to go on with this. The crop was simply to risky to have in production in the open air, we couldn’t afford loosing much turnover after frost. Hence the remainders of the breeding program went to the family that left the company. Later on they moved the crop as the “Flair” series to Israel and Africa ( where it doesn’t freeze ) and the crop has expanded enormous over there.

Bio treatment: A completely different innovation was the introduction of natural enemies in 1993. In that growing system you make use small wasps, mites and ladybugs to fight aphids, mining flies and thrips. 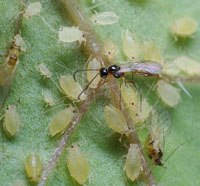 By that time the firm was already in large production of Celosia – cockscombs and they had trouble with multi resistant aphids. Pesticides didn’t work anymore, nothing did. We were one of the first to introduce this method in the Dutch flower production. For that we’ve bought wasps that were raised for the use in tomatoes, sweet peppers and cucumbers ( where other innovative growers had started a few years before ). 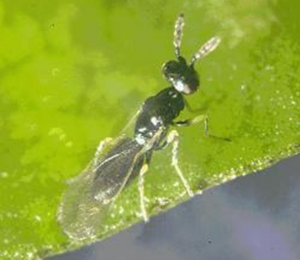 This was a risky decision, because with flowers the stem and leafs remain with the product and leave the greenhouse too. And that must be clean for phytosanitairy reasons. With e.g. tomatoes the plant stays in the greenhouse, so a slightly damaged leaf isn’t a problem at all.

Less pesticides, what a relief! It became a great success and we’ve written a large article about that in a Dutch magazine. Nowadays we still work that way and hence we’re so friendly to the environment that we’re having the certificate of “Fair Flowers, Fair Plants”, also – abbreviated – known as F.F.P. (a.k.a. “Flowerlabel”).

Also known as “cockscombs”. But as the pictures above prove : There’s more !

This is the most succesful one in the innovative range of crops. More about that in a seperate chapter on a special page about Celosia and our daughter company Celex b.v. – breeding & selection. 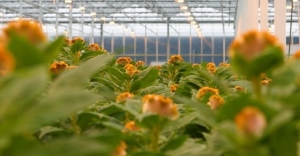 Enter the world of the amazing Celosia……..